What is an API and Why Should It Be Used?

Taking you on a journey with us to learn about APIs. The article will walk you through its introduction, and the reasons why API is used along, that remove background API free will also be discussed.

In the modern world, development has changed a lot. Software now a day is developed differently as compared to old times. Some things are complicated, but some advancements have made development easy. Among those advancements, one is the increased use of APIs.

An API is a type of software that offers services to other software. It is either a connection between computers or a connection between different computer programs. The article understudy will increase your knowledge about API. You will also come across a mind-blowing remove background API.

API stands for 'Application Programming Interface.' APIs are the backbone of so many services. They are small pieces of code that allow the connection between software applications, digital devices, and data servers. Developers don't focus on API implementation; instead, they use it for communication with products and services. 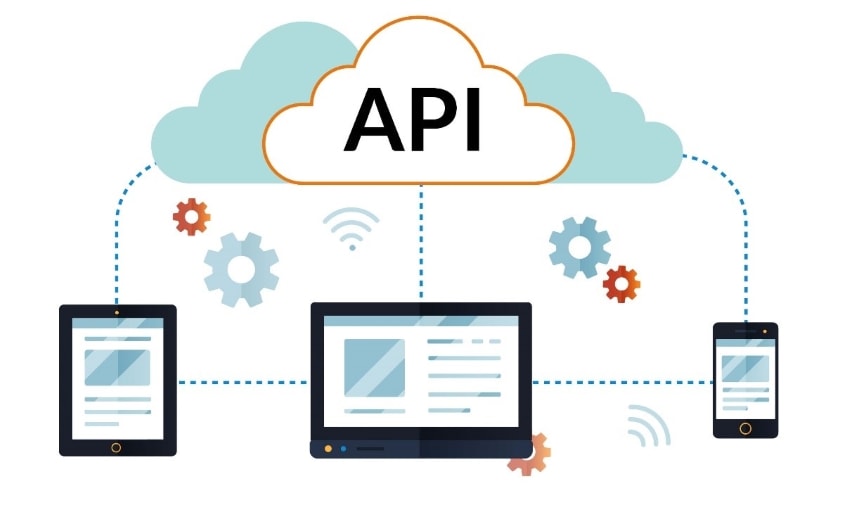 API helps to give applications a safe and standardized way to connect and work with other applications. It delivers the requested functionality or information without any sort of user interference. The digital devices don't have to do the heavy work because APIs do all the heavy work in the background. API supports the services and the products to talk to each other.

Part 2 Reasons to Use APIs

In today's world, APIs are essential. They are used almost everywhere to connect devices with applications and then to servers to fetch the required information. An amazing reason why APIs should be used is to hide the internal details. The working of the system should be kept hidden.

There are many other reasons that why an API should be used. The following section will discuss few reasons in detail.

The most amazing thing about using APIs is that developers can use them to enhance any functionality. Not only to enhance, but API also helps to add new functionality to both internal and external systems.

The biggest benefit one can get using an API is the reduced software development cost. Developers build reusable code components that can be used, and hence that reduces the cost of development. Using an API means that the architectural complexity can be reduced. The amount of effort needed to make changes in the system is also reduced.

Different users have different demands; not every user of an application is satisfied with the same features and functionality. In such a scenario, APIs are the best option as developers can use them to introduce unique functionality and extend the features of their product.

The fascinating thing about API is that it speeds up the development process. By using APIs, both the frontend and backend teams can work in parallel. The frontend team can focus on developing what the user will see, whereas the backend team works on what is hidden from the user. Code and functionality are delivered as 'microservices' because of APIs.

A multi-purpose background removal tool that offers various wonders to its users is PixCut by Wondershare. It helps you to remove background from your images. The tool also lets you remove watermarks from images. It is an online tool which means that it offers its services for free. The free-of-cost PixCut tool is very easy to use. No technical skills are required for using it.

It is an all-in-one tool where users can remove background, remove the watermark, do graphic designing, and whatnot. The tool also has plugins for both Figma and Shopify. The most brilliant thing about Wondershare PixCut is that it has a background removal API.

Users can remove background from image API with just 1 API call. PixCut offers to remove background API in various environments like Node.js, Java, PHP, Python, Objective-C, cURL. This API is very easy to integrate. The resulting image is either delivered in an Image file or else in JSON encoded data. The resolution of the final output image is up to 16 megapixels. 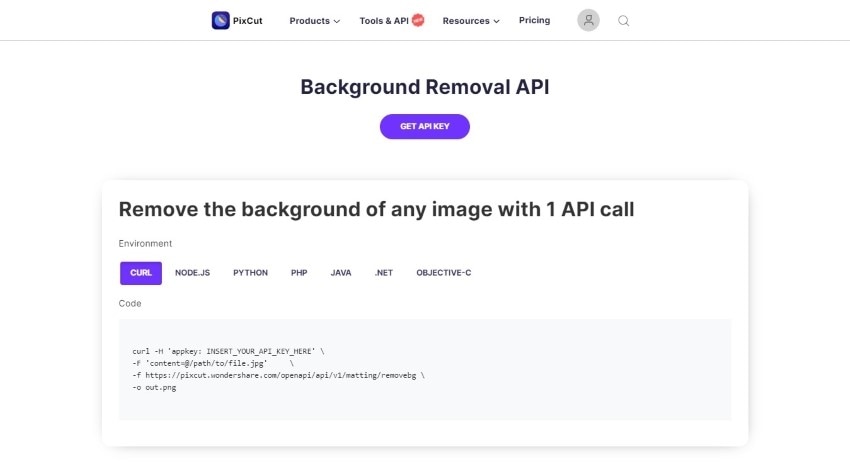 Final Thoughts:
The article is full of information regarding API – Application Programming Interface. Starting from its introduction and then leading its way to a fantastic background removal API. We hope that all your doubts regarding APIs have cleared after reading this article, and you have gained sufficient knowledge about APIs.